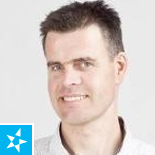 Frank van der Linden (Utrecht, Netherlands) is an Freelance Fullstack Java developer at his own company, elstar IT. Worked 17 years with IBM Technology, mostly focused on web based solutions, early adapter of XPages. Now migrated to Fullstack Java roles, including JEE, Spring Boot and Angular >2 projects. Frank is an experienced speaker. From 2011 he spoke at several international events, like IBM Connect, IBM InterConnect He is a current IBM Champion and was before in 2013, 2014, 2017, 2018, 2019

Spring forward: an introduction to Spring boot and Thymeleaf for ICS developers

The world of a ICS developer is moving fast. Customers rethinking platforms and solutions. Spring Boot makes it easy to create stand-alone, production-grade Spring based Applications that you can “just run”. In combination with Thymeleaf can it be good alternative for your Domino applications. In this session I give an introduction of Spring Boot and […]

New Technology
READ MORE
We use cookies to ensure that we give you the best experience on our website. If you continue to use this site we will assume that you are happy with it.OkRead more