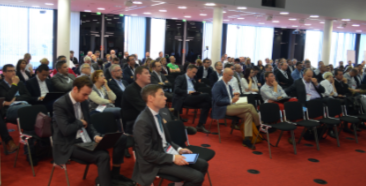 We have opened our call for abstract and speakers for our fall conference in Munich.

As always we are looking for speakers who are passionate about collaboration solutions. It can be deep-dive technical sessions, best practices, use cases, success stores, catastrophe stories. Or something unique, that just you thought of. For inspiration, see below.

Do you have any questions? We are here for you: info@socialconnections.info

We are inviting sessions in the following tracks: 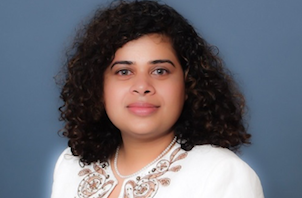 IBM ICS Collaboration strategy for the Future of Work

Come to Social Connections, and more specifically to the keynote of IBM’s Vice President, Offering Management and Design, Watson Talent and Collaboration, Aarti Borkar to learn about the strategic vision from IBM on the Future of work.

Learn how IBM will combine the different parts of the portfolio to create a unified toolset to take on the challenges companies face today and tomorrow. 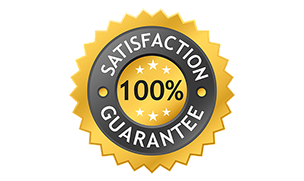 Our agenda is out! Better than ever. Time to buy your ticket to the event! The day has come. We now know who will be a speaker and what they will speak about at Social Connections 13 in Philadelphia on April 26-27, 2018.

We have an agenda!

We in the team always love this task. Extracting all the great abstracts from the database, compiling them in an Excel file and choose! But it is also one of our hardest tasks. Always. Because, with no exceptions, we always have a large amount of fantastic abstracts to go through. The range, the quality, the ingenuity. We never stop to be amazed.

Each conference is different to the other. News trends, new technique and solutions. Our speakers never cease to impress us. In the end we always aim to end up with a good mix of both technical and non technical sessions.

A developer, an administrator, a manager, an adoption consultant. All of them should be able to find something they like.

So please have a look at the 2018 spring edition of Social Connections!

We invite you all to participate in our great event! 2 days of networking, learning and fun.

Time to buy your ticket! 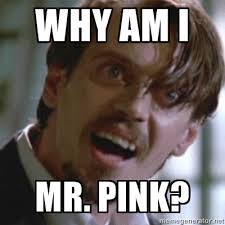 We are announcing our We are proud to present Mr. Pink Jason Gary as a speaker at Social Connections. Jason will tell us all about the future of IBM Connections which we know as Connections Pink.

Those of you who attended IBM Connect remember the excitement and vibe in his session where the room was so full we all had to stand in the back and along the walls.

We can’t wait to hear more from Jason on the latest updates regarding Pink since IBM Connect. Check out the full description of this session here.

More to come! This is only the first of many great sessions we have lined up for you. Stay tuned for more information.

Register for the conference through our website, and note that we are accepting abstracts until end of the month if you are interested in speaking. First up…Louis Richardson.  I don’t exaggerate when I say that Louis is one of the premier story tellers of the social business story. Although he is from IBM, the message is always unbiased and about how to work smarter using social. Louis rarely even mentions a product as he speaks.  One of my favorite presentations from Louis is ‘Have you lost your mind‘. Second…we have Mike Roche. Mike is the Chief Technologist at IBM Ireland and works directly with development of IBM Connections. Interestingly enough, Mike was one of the of the speakers at the first Social Connections event ever in 2011. Mike will be sure to bring us the latest news of what IBM has planned for IBM Connections.

And last but not least, we have Luis Suarez. An independent social business trusted advisor, who is leading the charge to work out loud as a charter member of Change Agents Worldwide. Luis is a passionate evangelist who speaks from his heart. He delivered one of the top sessions at Social Connections VI in Prague, ‘From Adaptation to Engagement‘.

If you have never seen these three guys speak, you are in for a real treat! And if you have see them, don’t worry…they will be delivering new and exciting presentations not previously seen at any Social Connections event!

So, if you haven’t already…go register now for Social Connections VII and we’ll see you in Stockholm on November 13th and 14th!

This man is a:

Yes, we can publicly declare that the keynote session at Social Connections VI will be delivered by IBM’s Luis Benitez:

I am a Social Software Product Manager at IBM and an Social Business/Enterprise 2.0 enthusiast who simply loves the whole concept of innovating. I help companies understand and implement Enterprise 2.0/Social Business solutions, specifically IBM Connections, all over the world. The Social Connections team are thrilled and honoured to have Luis attending and speaking at this event.

We’ve always been delighted at the willingness of IBM’s Connections product management and development teams to support Social Connections events. Given that Luis is such a great advocate for the wider Connections community this increases our excitement at his attendance in Prague for this event.

Look out for more details regarding the agenda and timings very soon.